With that decision to wait until 2021, there were numerous request to have an event. In this pandemic; despite Zoom fatigue, people are in need of connection. Our Founder and President, Isaac Rowe embarked on pulling off the organizations first summit. On Saturday, August 15th, The Man Me Virtual Summit consisted of two tracks running simultaneously for our participants to engage in personal and professional development.

Here are the recordings of the event:

If we had allowed the pandemic to dictate life for us, this event never makes it off of the ground. The purpose and passion for serving the community is and was the driving force for making it happen for the men and women, who attended this incredible event. Can’t wait to see what happens next.

Question: What things have you started or produced during the pandemic?

This morning, I woke to the news of the shooting that took place in Thousand Oaks, California. And, immediately, I knew that this tragedy will start yet another discussion on the reasons for or against stricter gun laws. Truth be told! I’m sick of the insensitivity of both sides of the argument.

People are mourning over the loss of loved ones, while our country takes up their banner to promote their belief system. Let’s step down off of our moral high ground to show honor and respect for those, who are grieving.

If you saw and heard the father of one of the victims, you would realize that there’s a time and a place for everything. As a father, the devastation in his voice touched me deeply! I can’t begin to imagine, what he might be feeling, as he processes the lost of his first born son.

After watching the video on my timeline, I thought about my own children as they lay peacefully in their beds.  Doing life with a two- and a four- year old is tiring and crazy! But, that’s what I signed up for as their father.  God forbid that someone would take that away from me.

As a father, I want the ABSOLUTE best for my children. Why? Because, they are a part of me.  I give my all to protecting my children from the demons of this world. And, this father has been stripped of his role of protector of his son’s well being. His heart has been ripped into peace like skin, that was penetrated by bullets.  It’s been trampled like many of the individuals, who laid on the floor as the the shoots rang through that little bar.  Think on that for a minute before you carry on with the gun control debate.

Hopefully, speechless has become a part of your arsenal to help heal a hurting community and Nation. Please…No more Words! Unless, you have words of encouragement to offer.  As I finish clicking the keys on this laptop, I’ll get up and place gentle kisses on their heads. I’ll whisper these words into their ears: YOUR DADDY LOVES YOU! I’ll pray for those, who have been directly and indirectly impacted by this tragedy.

Why? Simply put!  We need to recognize that life and death resides in the power of the tongue.  The time will come to make your voice heard loud and clear.  However, I believe that the time has come to be still.

The thought of not being able to see my children for an extended period of time is unfathomable to me.  Yet in this country, there are 19.7 million children living without a father in the home according to the 2017 U.S. Census Bureau.  This figure is down from 25.4 million children a few years ago.  But, it’s still unacceptable!  If it doesn’t upset you, then you must not understand the importance of fathers to their families.

When we look at the impact of a father’s absence, we see how lives are touched in a negative way. Check out the info graph created by the National Fatherhood Initiative for facts on this father crisis. A father’s absence can manifest in a child’s life as the following:

I’m sure that you’ve seen how this plays out in homes across the country.  Dad leaves (or is not in the home) for whatever reason, and the family begins to suffer.  The mother-father relationship is fractured. The parent-child relationship is strained. And, the child is trying to make sense of who they are in this world. As well as, processing whether or not they are loved by their parents. Ultimately, the children begin to act out!

Through it all, this fact remains to be true.  The dad is impacted by his absence on a much deeper level than people realize. I’m convinced of this state…the more that I work with fathers.  With the exception of those really bad apples, a large majority of the fathers want to play a role in the lives of their children.  He is the one, who sees his role as provider, protector,  and teacher of his children. He is the role model for his son on how a man is to treat women. He is the model for his daughter on how she is to be treated by men. The family, which is believed by many to be the foundation of society, is operating at a huge deficit. When the family unit suffers, our society is guaranteed to suffer.

Where are the fathers? Why aren’t they sticking around for the long haul? Why was involved, responsible, and committed not a part of his story. There are so many valid reasons. Of them all, shame and guilt is the biggest culprit in my mind.  You don’t know how many times, we’ve had men opt out on a relationship with their children because they felt inadequate as a father. They’re not making the kind of money, that they want to make. Therefore, they don’t go around to see their kids. In their minds, it’s a valid excuse. But, time is more important than the money.  The statistics above prove that too us.  Many times, it’s the mom withholding the child. Why? She’s frustrated that it didn’t work out, and this is how to get back at him.  All too often, the family leaves due to the father being violent towards the mom. Domestic violence is never the way to lead as a father!

“A true father should be a standard feature…not a temporary option!”–Isaac Rowe

If you’re a father, and you’re reading this article.  Do whatever is in your power to stay involved, responsible, and committed to meeting the needs of your children.  Their well-being is counting on it. Most importantly, your legacy is being created one way or another. How you walk that out is completely up to you!  My prayer is that at the end of your life, your children (as well as mine) and their mothers will have nothing short of praise for us! Hopefully, our absence will not leave an abyss in our families.  But, will flood their hearts with the most important thing a father has to offer. LOVE! 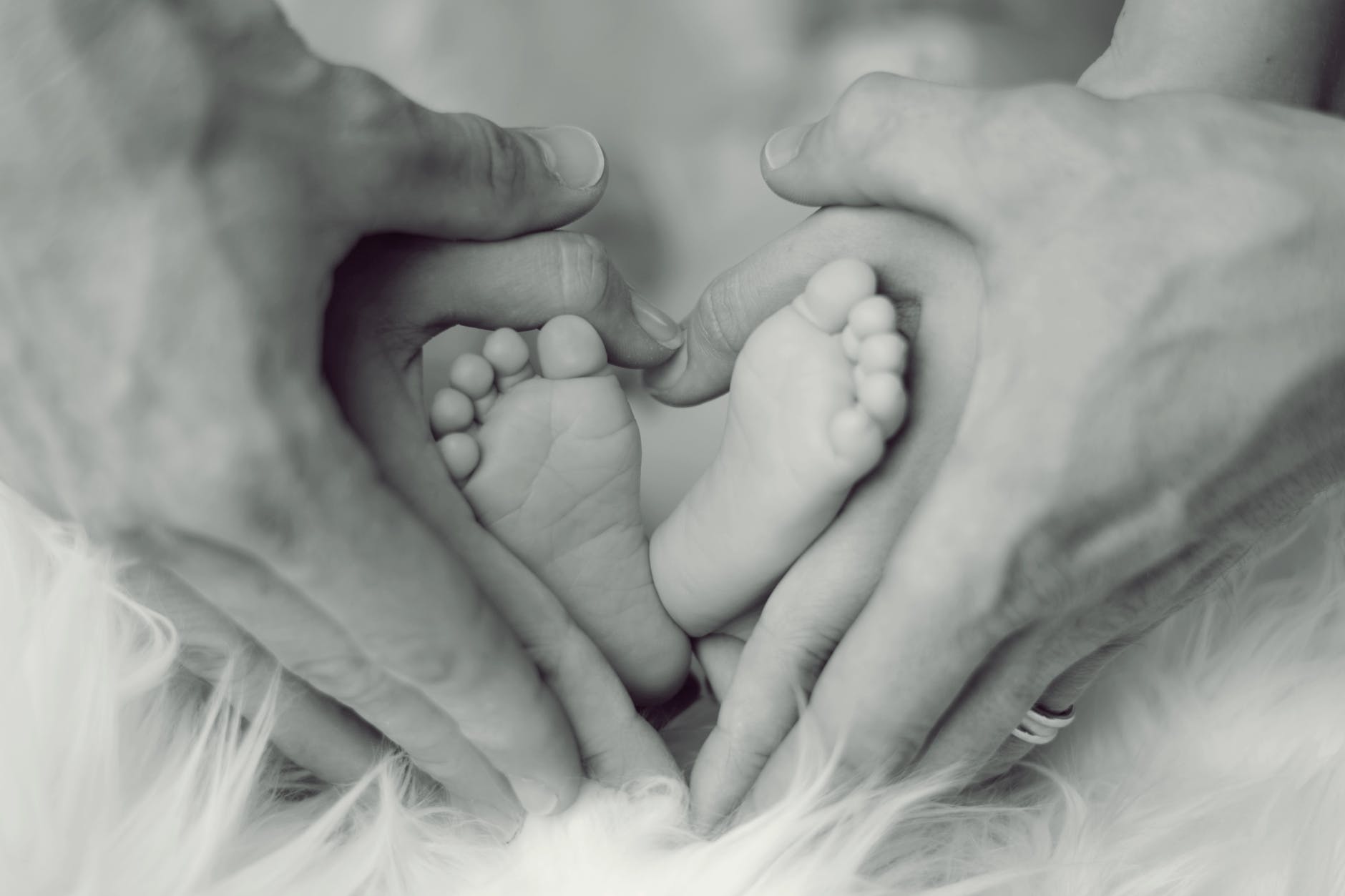 Photo by Andreas Wohlfahrt on Pexels.com

In case, you didn’t know October is Domestic Violence Awareness Month or DVAM. What is DVAM? It’s a time in which many domestic violence organizations and their supporters come together to honor the ones who have lost their lives, support survivors, and those in the field work together to raise the awareness levels of the community members. Across the nation, individuals are asked to take a stand against this insidious crime. Here’s a history lesson on DVAM from the National Resource Center on Domestic Violence.

As a man, why did I chose this topic of discussion? Well, I think it’s time for good guys to stand up for the voiceless. It’s not enough to agree, that harming your loved ones is bad. Yes, that’s true!  But, are you willing to talk to your abusive friend?  Can you point your neighbor, who’s been abused, to the closest resource (NDVH or to DV experts in your local area) for help? Or, do we turn a blind eye and a deaf ear? That is my fear. All to often, victims feel alone due to the isolation from friends and families.  The days of worrying, only, for your four and no more are not going to cut it.  People are losing their lives on a daily basis. Children are experiencing trauma from growing up in a home with an abusive parent using power and control over their partner. It’s about time to connect what we know inside of our heads as wrong to how we feel in our hearts about the wrong doing being done in this society.

What is domestic violence? Simply put! It’s when an individual exerts their will by any means necessary on another person. That can happen in many forms, i.e. physical, sexual, emotional, intimidation, threats, coercion, and financial abuse.  Typically, the most common form of violence is physical in nature. Most of us are familiar with the physical laying of hands on a partner. Here are a few stats about domestic violence:

If you didn’t get a chance to take a look at my last article, feel free to check it out here.  Most of today was, pretty much, filled with speakers and attendees sharing pictures and take-a-ways from the conference.  As one of the co-founders, I really didn’t have the opportunity to enjoy the event like the attendees.  There were mishaps with communication, a sick keynote, and many other things.  The RSVP’s didn’t match up with the number in attendance, and they never do.  But, don’t get me wrong!  What I took away from the event is to TRUST THE PROCESS.  Yes, I realize that typing in all caps has a particular meaning. But, I don’t care! The conference was off the chain!

All too often, we get caught up in the details at the expense of the overall goal. We idolize the minute details, while ignoring the big picture.  The details serve a purpose to get us to the destination.  The finished product.  Why don’t we always have the faith to believe the outcome will happen, exactly, as it is meant to happen?  TRUST THE PROCESS means to let go of everything that you don’t have control over in the moment.  The band might not be able to make it.  OK!  Where do we go from this point?  Breathe and relax!  Guess what? They were able to make it after all.  What do you mean the closing keynote is sick?  No worries! Dude on the team is an amazing speaker, and ready to fill in the need.  And, he showed up and showed out for us!

Isn’t that what life is all about? Something unexpected happens, then you assess the situation and respond. Adapt and overcome! Recognize that change might become a part of your process. When soldiers are in combat and things start to get stressful, they breathe. Why? To gain control of their emotions in order to assess the situation and make appropriate decisions.  The more chaotic the situation, the calmer you need to be in that situation.  That allows you the ability to gain clarity, which lends itself to being able to TRUST THE PROCESS.

Now, I’m not saying to neglect the details.  That is part of the process.  You can’t make a cake without all the ingredients. You can’t fix a car without the necessary parts. The details serve a purpose. Just don’t get fixated on them! The blueprint is not the actual building! It’s your guide along the journey! So, sit back and enjoy the ride! That’s what we ultimately did…at the celebration dinner! Always, TRUST THE PROCESS.